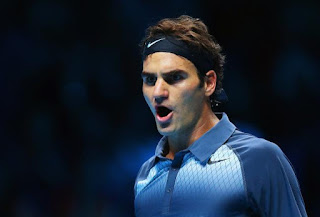 I recently wrote about Sport Specific Physical Aptitude (SSPA) as a better way of explaining what we actually mean when we generally describe 'Talent'. But that doesn't answer what 'Talent' actually is.

If aptitude for the sport is only part of the picture, then what is the rest? The answer is Desire, and it is measured (probably not the right word) by the relationship between what you think you are sacrificing and what you think you are gaining. Now, this seems like it would be the same for all people, but it is not, it is very individual.

I was fortunate to be on the coaching team of a team who came 5th at the Olympics in beach volleyball. A few years later, shortly after retirement, one of the players was doing a school talk. She was asked by one of the kids to explain what she had sacrificed for her career. She thought about it and told the kid that she hadn't actually sacrificed anything. A couple of nights later she was at dinner when the waiter asked if she wanted any dessert. She was about to say no when she suddenly thought, hang on, why not? It was then that she realised she hadn't had dessert for about 8 years, but she had never thought of it as a sacrifice, it was just a common sense choice: 'I want to achieve this, that will not help me, so I won't have it.'

Rare athletes are the best in both areas. Michael Jordan, Misty May, Serena Williams and Karch Kiraly are all athletes who seem like they could have had both the most ability and the most desire,

So next time you hear someone telling you about an athlete who 'had it all' or who 'could have been phenomenal', what you are probably hearing about is someone who had aptitude, but not enough desire.