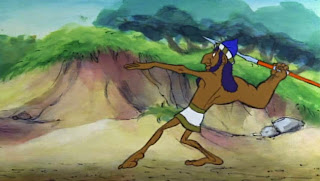 Coaches come with all sorts of interests, preferences and skills. Some suffer through the preparation of athletes in order to be able to participate in competition again while some genuinely love teaching and working with athletes. Most, of course, fluctuate somewhere between these extremes.

One thing very common to all coaches is the excitement of working with athletes who are genetically predisposed to succeed at their particular sport. This is similar to the excitement a car person gets from having the opportunity to drive a Ferrari. It looks beautiful, it seems like it will be just as beautiful to drive and race, and this excitement is so overwhelming that it is really hard to notice that its actually not that great a car in most other ways, unless you just want to drive it in isolated situations and look at it while its standing still.

It suits us to think talent is physical because that gives us an excuse for not making it ourselves. 'I would have made it but I wasn't tall enough' is a lot easier to acknowledge than, 'I would have made it but I really didn't have the capacity to work hard enough or perform under pressure'. The reality is it is incredibly hard mentally and emotionally to push yourself to do the preparation required to be successful. They are talents too.

So, I'm going to propose a new term to describe this sort of athlete: Sport-specific Physical Aptitude (SSPA). This is to be used instead of saying 'talent'. Always. For example: 'Gee, that kids got a crap-load of SSPA, I wonder if she has the capacity in other areas to turn it into being a top player in her sport'.