Showing posts from November, 2015
Show All 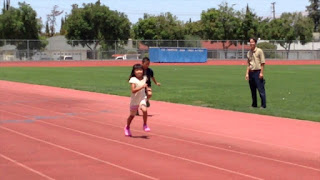 Once I was trying to explain to someone why I wanted to keep some athletes on scholarship. I said that I simply couldn't rule them out, that I thought it was conceivable that any of those athletes could make it to the highest level. The question was posed, if I couldn't reduce numbers then why not support another sport that could be more targeted? We always want to fast-track young talented athletes. We want to narrow the focus. Why? Because if we put the same resources into fewer athletes then surely they will end up being better. Right? Think of how good they can be! Their 'ceiling' is higher than anyone in the team right now!! Make them good, fast! HURRY UP! What we often forget is that the team we have is full of athletes just like those younger ones we are excited about now, who didn't develop as much as we had hoped. We also forget that we used to have some of those talented youngsters but they quit long ago. We forget that the talent we were excited a
Post a Comment
Read more

Most coaches are passionate, its almost a prerequisite. I would say, to be successful, a coach HAS to be passionate, which makes it a very different profession to many others. That's not to say that there aren't passionate people in other professions, just that there are many where you can succeed without it. Coaches also need to be great at coaching. That is obvious. Except it isn't really, because there is a hugely varied range of things encompassing what 'coaching' is. Think of it like driving...... If I ask you to think about the traits of a great driver you will probably think of an F1 or NASCAR driver. But if I asked you the traits of a great school-bus driver, you would think of completely different things. Both drive for a living though. Maybe this is a thought for another post….. Back to passion. The question is - if you are an ambitious player and have a choice between two coaches, which would you want: Someone with passion for Coaching and an
11 comments
Read more 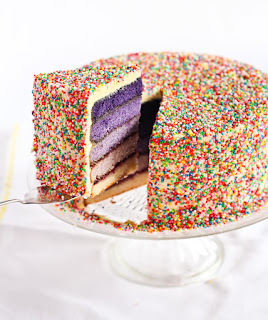 In a sporting world where more and more is possible, where more things can be measured and more things can be evaluated, where more pressure is on performance and more money is at stake than ever, how do we prioritise our coaching jobs? I've argued many times, that time management is a critical part of an expert coach. It is relatively easy to identify things that need to be done, but difficult to work out which of 5 possible options to do based on the amount of time you have available. One way of making these decisions is determining whether it is a sprinkle, whether it is icing, or whether it is cake. Many things that coaches do clearly fall into these categories, but some are more difficult to categorise. Here are some thoughts: Cake Quality Coaching Strength and Conditioning Skill/Technical training Group culture Icing Group Dynamics Recovery Video review Training Diaries Healthy nutrition Experience * Sprinkles Nutritional supplements Training ge
8 comments
Read more
More posts