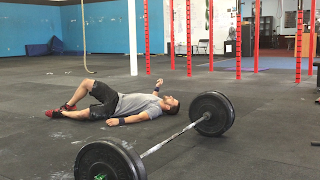 I recently saw a video of a coach discussing that working hard and competing are not the same. Which is a really interesting idea to me. The point was that anyone can work hard. And that a coach can make anyone work hard. Which I don't really agree with but I understand the point, I think.

Then afterwards I realised there were a few things missing.

But first I want to note, I really liked the clip. It really resonated with me and made me think. Maybe too much!

Ok, I'll assume you have watched the video now, or have seen it before. If not, stop and watch it. Don't be that person who forms an opinion on something just by reading the headline and the comments!
Now...........

(Arguably) the two biggest myths in sport are

Having said that, both are really important ideas for getting the most out of athletes. So, a few of questions came to mind:

Are they related or are they different things?

Do they overlap or are they mutually exclusive?

Is one more important than the other?

What actually IS competing?

When is competitiveness exhibited?

Can competitiveness be learned?

Examples (just thought I'd throw this in for fun)