There Has to be a Line 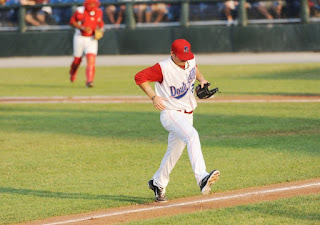 It is easy to come up with a situation in sport where the rules, maybe, shouldn't apply. Where maybe the lines are wrong. I find this puzzling sometimes because the actual definition of sport is to have boundaries (rules) that everyone understands and agrees to, but ok, I'll move on.

A common one nowadays (especially in sports which are as much a business as a sport), is to make the case that players who are injured should be allowed to use performance enhancing drugs to speed up their recovery. That way the fans will pay to watch them play again, the business will make more money, and everyone will be happy. No down side. Right?

Another example is something that came up in a Facebook Group I belong to recently. It was related to whether or not to allow boys to play with girls in junior sport. Some were for 'inclusion', some where against it. Some came up with examples of where it was allowed and had a negative impact, others contrary examples. Why not just let them play? Right?

But for any of these situations (and there are many others) there has to be a line. Somewhere. Don't follow? Ok, let's go through this.

Let's use the performance enhancing drugs example because, well, I don't want to get into the other one right now!

You either allow anything (no rules), or you have the lines roughly where they are now, and you discuss them from time to time to ensure you have them right.