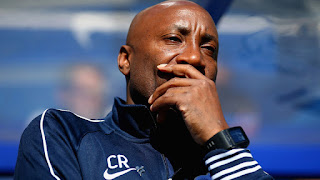 I once met a coach. She was a good coach, and I'd heard that she was really interested in learning and improving.

I told her about some research that I found on skill learning. I told her that:

'What do you mean?' asked the coach, 'I've seen plenty of coaches who are constantly yelling, and telling their players what to do. That doesn't make sense.'

'The research doesn't find that yelling will never work, it says that, over time, long term development is better when the athletes lead the process, rather than commanding them,' I replied.

Then I asked if that is how she coached now. She said: 'Oh, no. I'm not like that at all. From what you say, I probably talk way too much. I guess I should consider what I'm doing.'

'Hey, it is not me saying it. It is not my opinion. It is science based on research. But anyway, what are you going to do in the future?' I asked.

'Well, when I was an athlete, the coaches always yelled all the time, so I guess that is where I learned it. I just did what everyone else did. But I'm a pretty competitive person, so I want to get any edge I can, and if the research found a better way, then I'd be a complete moron not do take it into consideration and see if I an use it. Sure, I'll be a bit uncomfortable at first, but that will change quickly as I adapt.'

Then I said, 'well, if that is your attitude, maybe you'll be interested in this too.'

She replied, 'Well, I'm pretty much up to the edge of my comfort zone at the moment, but why not? Hit me.'

'Well, from all the research that has been done, timeouts don't actually make any difference to the game. If you call a timeout or not, there is no change to the likelihood of winning the next rally,' I said.

'But I'm sure that when I've won points after timeouts. That's the whole reasons for doing it!'

'I know,' I replied, 'but the research has found that you have just as much chance of wining as you would if you didn't.'


'But I'm sure my timeouts make a difference. That might be ok in your league, but in mine I'm always winning points after I call a timeout.'

'I know, I feel the same. But don't forget, the coach of the other team thinks exactly the same as you do. You can't both be right!' I replied gently.

'Ok, that just doesn't make sense to me. I don't think I'm ready to handle that,' she replied.

'Well, why don't you keep track. Work out what the average sideout percentage is in your competition, and keep track of your timeouts. Let's talk about it a year from now.'

'Haha. Ok, I'll do that. Like I said, I'm a competitive person so if there is any information out there that will give me an advantage, I'm going to use it somehow. Thanks so much for helping me get better.'

'Ok,' I said. 'I think you're going to do just fine. Let's catch up same time next year and talk about the timeouts and how much your players have improved.'