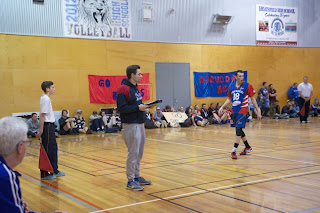 There have been studies showing that, while coaches are confident that they have perfect memory of competition events (paraphrase), they actually do not. They have confirmation bias, recency bias, etc etc. (Here is one.)

So, we know that if a coach only uses 'the eye test' it is flawed. What this implies is that you can't trust a coach's recall of a game, but you CAN trust analytics. We can imply this because analytics were used as the gold standard in the study.

I was listening to a Bill Simmons podcast with Kevin Durant, and they talked a lot about 'watching games'. Specifically, Durant was adamant that 'Blog Boys should watch games not just read analytics.'

In my opinion, using ANALYTICS ONLY would also be a flawed way of recalling the game. But I'm a coach, so of course I would believe this.

I think we can assume that only using analytics would miss parts of the game that only watching would pick up. So my question is, what parts would it miss? Perhaps this would be worth a research paper? I suspect it would miss things like:
The last question is, are these things important to know? Seriously? I'm a coach, so I think it all adds up, but does it really?
Analysis Analytics Behaviour Coach Coaching Coding Culture Data Documentation Game Plans Innovation Leadership Learning Manager Performance Strategy Tactics Winning