How do you stop athletes from breaking team rules? 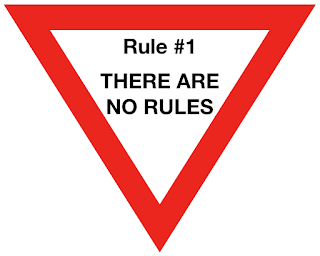 I've seen lots of blog posts about team rules and athlete 'consequences'. These discussions rarely address the actual rules and their relevance, focussing instead on how to manage rule transgressions. But sometimes the problem isn't the transgression, its the rule.

Imagine a situation where you have a number of reasonably important competitions coming up, and you want to make sure your best athlete is preparing and competing the way you think will optimise performance. So you set a rule that, if you aren't in training camp by a particular day, then you are not going to be selected for the entire season. Makes sense, right? You are just doing your job by making sure your best player has optimal preparation. But what happens when he doesn't arrive by your deadline. You still need him. So you select him for the activities he makes himself available for. What have you gained by creating a rule, having the athlete break it, then breaking it yourself?

There is a story by Phil Jackson about coaching Dennis Rodman. He was asked what it was like coaching someone like Dennis Rodman and his notorious inability to follow team rules. His response was that it was his job as the coach to help Dennis be the best professional he could be. His point: that individuals are different and as much as we might want them to fit into our boxes some just don't.

One last example, which is probably the most powerful single piece of advice I've ever received. I used to work in a large office with 6 co-workers. I was once talking to someone on the phone when a co-worker, a brilliant guy who was on the Asperger's spectrum, came and sat on my desk, facing me, and started answering the questions I was asking the person on the phone. I ignored him, but this did not dissuade him from providing advice. At the end of the day I talked to my boss and indicated to him that I was going to chat with my co-worker about boundaries and ask that he refrain behaving like that at work. His response, which I remember clearly, was: 'That's really good Alexis. Very sensible. Just one question: Do you think it will make any difference?' I immediately stopped and realised - no. It would make no difference at all. So I never mentioned it, and this brilliant co-worker's behaviour never again frustrated me because I just accepted it.

So - how do you stop athletes from breaking rules? Sometimes by not setting them. By accepting that having the rule won't actually change behaviour, it will just create stress.
Behaviour Champions Coach Coaching Development Humour Leadership Learning Manager Performance Recruiting Talent Winning