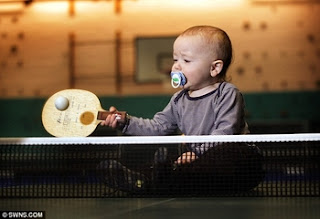 Looking for Answers in Numbers

Analytics is the answer to winning lots of games. This shows you what the averages are. What the odds are. This is what gamblers use when they are trying to find market inefficiencies of 3 or 4 percent. It means that, over a long period of time, you are very likely to come out ahead. Analytics doesn't win you matches.

Scouting is the answer winning single games. Scouting (good scouting) gives you tendencies of players and coaches, of systems and philosophies of play. It is specific to the particular match you are about to play. A great example of scouting is with a beach volleyball team I used to have a bit to do with. They were playing the top team in the world in a major competition final. They had a great game plan against the team. In the final they had one match point in the third set, and created a situation where there were very high odds their opponent was going to do a particular thing. Except, for the first time in the match, they didn't. Scouting doesn't win yo…
Read more

Coaches and Athletes Have a Lot in Common

As a coach, do you find it easy to be at your best every moment of training?

Do you find it easy to be focussed on doing everything perfectly at every training?

Is it easy for you to completely change something that you feel comfortable doing, from one moment to another?

When you do change things, do you sometimes revert back to how you used to do it?

Do you ever lose concentration for a while during training?

Do you ever make bad decisions during competition?

How to Train Mental Toughness

For some reason 'mental toughness' has been coming up a lot with people I talk to regularly. There have been a lot of questions about 'mental toughness' and whether people have it and how to train it. Which got me thinking:
When do you need Mental Toughness? You need it during difficult times of competition. During stressful times. When things aren't going well. When the other team is fighting back. When it is difficult. When it is uncomfortable. When things are really not fun.
When do you train Mental Toughness? I'm going to make the assumption here (for right or wrong) that you train mental toughness during practice. How do you train Mental Toughness? You train it by having parts of practice that are difficult. Where players don't feel good about things. When they don't get to laugh things off, to ignore bad things or uncomfortable things. And if that is happening, it isn't fun for the coach. It is uncomfortable and stressful.
It has to be a SAFE…
Read more