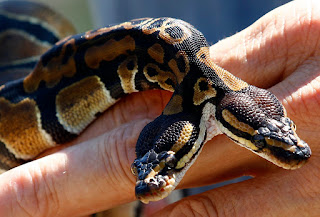 There have been a lot of discussions in the world lately with passionate people on either sides, where there doesn't seem to be any attempt to understand another opinion. More often, it seems people are just doggedly sticking to a personal opinion. It seems for some it is more important to keep being wrong than to admit someone else was right (Hey buddy, that doesn't stop you being wrong. you know that, right?). Having said this, I don't think this is anything new, just ask Galileo.

An example of the traditional process is: the only snake I ever see is a two headed snake, so I  assume all snakes are two headed. Right? Then a reptile specialist tells me that, actually, almost all snakes have one head. What do I do? Do I ignore the expert, or do I trust him? Do I assume that the expert's opinion has been verified, or do I continue to believe all snakes have two heads because that is my experience?

This certainly happens in sport (as well as all other industries of course). Somehow though, in sport it seems more prevalent.1 In sport it seems that every bit of progress has to be dragged, kicking and screaming, into common usage. Maybe this is because everything is defined by 'winning'? Therefore if someone once did something, and they later won whatever they were competing in, we tend to assume that everything single thing they did, each individually caused that outcome. But in many situations, it is more a question of 'despite, not because of'.

Ultimately, as it is with coaching athletes, for something to change you need to want to change.