What to do about drugs in sport 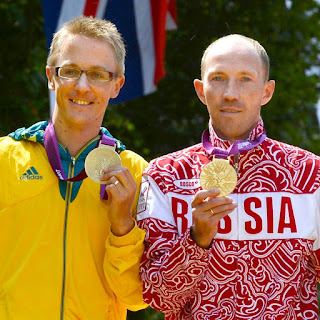 The issue of performance enhancement in sport is complicated, but people are constantly blending together two separate issues, so lets separate them:

Lets tackle the second one first.

In sport there are rules, and there are clear consequences for breaking the rules. Unfortunately human nature means we can assume that:

Therefore, if there are rules, they need to be enforced in order to (this is the important part) protect the innocent. That is, protect those who choose to follow the rules of competition. Much is made of the difficulties encountered by those caught cheating, but rules are enforced to protect those who DON'T cheat. That's it. And its good.

Because of the difficulty and complications of trying to enforce laws, as well as some grey area at times, some suggest the answer is to just legalise everything and therefore avoid the problem. What's wrong with drugs that help you recover faster? Surely that's ok. That is just helping someone get back to training and competing. It's not hurting anyone. But, how would you know when someone is no longer injured? Many athletes are almost constantly injured in some sort of way. So then, should they be able to take those drugs all the time? Probably not.

If we go to extremes, and nothing is illegal then:
These are surely against the spirit of sport right? So there needs to be a line. So now is the time to refer to the previous section. If all performance enhancement is legal then:

So now we recognise that it is not just a question of just 'making everything legal'. There HAVE to be lines. So where should they be? Great question. Nuanced question. Difficult question. A question WADA constantly has to deal with. Even professional sports are now drawing their own lines.

So lets keep these two issues separate and: