When it Stops Being Sport 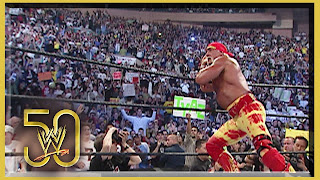 There has been so much written in Australia about Essendon, and it won't stop any time soon. The pathway that the club and players are going down still has the following steps remaining:
The reason for this is because the players trusted their club:

Having said all this, the AFL's drug problems seem trivial compared to the NFL, NBA, MLB and cycling. So it seems odd that anyone in their right mind should be recommending that the AFL adopt some of these organisations' lead and withdraw from WADA. The fact that in the NFL's recent Super Bowl, both the MVP and quarterback of the winning team, have been involved in serious drug controversy, hardly suggests it is an organisation worth following.

All of these questions and issues are just examples of the realities of high profile sport. But the issue that really needs to be addressed is that the essence of sport is competition, and for true competition to exist, the competitors have to be on a level playing field. That is, there needs to be rules that are enforced.

Wrestling never (really) pretended to be anything other than entertainment, so when their athletes were clearly juicing it was never even commented on because it was all part of the show and it made that more spectacular. And that's ok. I love AFL, NBA, NFL (not so much MLB and cycling, sorry). I'm saddened by their stance on cheating, but I still love the entertainment of it.

Ultimately it is about the owners/guardians of the sport being greedy. They see that people who are cheating are making the sport more popular, and this justifies either tacit or actual approval of the reasons for the success. In situations like this decisions are made based on protecting the status quo of the sport as a whole and the individuals in particular. But the problem is this is a false argument. How can you say that, if Cycling during the Armstrong era was clean, someone else wouldn't have won 8 Tours in a row and the sport would be in a better place than it was and is?

When you stop caring about the integrity of the sport, because the spectacle is attracting fans, then it stops being a sport and starts being entertainment.