An Alternative for Competition Equalisation 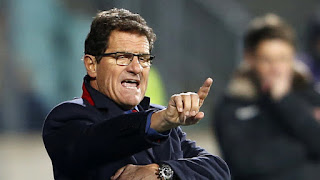 Drafts, salary caps and financial equalisation are all attempts to keep sporting competitions artificially even. They basically break every rule/law of free movement, free market, etc, so lets assume everything is on the table.

One key premise that limits the effectiveness of these artificial systems the assumption that there are roughly as many good players/etc as there are teams. eg: if there are 18 teams, then there are 18 'match winners' in the league, so drafting and salary caps will ensure that each of them will go to a different club. But this is not the case. There is more to a successful club.

I contend the following are also key factors in the success of a club, and therefore are things an 'equal' competition would have each club being strong in:


I propose that, along side the current draft for players, there should be a game of 'Presidents' between the clubs at the end of the season, but in reverse. **

At the start of the season each club nominates the Top 9 people (in an 18 team competition) they think they would most like to 'acquire' from EACH of the other clubs. They also nominate 9 staff they would be most happy to swap with another club.

At the end of the season the bottom team gets their TOP PICK from the TOP TEAM, and gives them the person they want least from their own club.

So if the bottom team nominated the Head Coach of the winning team as their most valuable person, that coach would change clubs. Or they might have nominated the recruiting manger, or the President of the club, or the manager of sports medicine.

This way, as well as there being player equalisation, there will also be staffing equalisation. And this will lead to a more even competition, which is what everyone wants, right?

** NOTE: this may or may not constitute an actual proposal