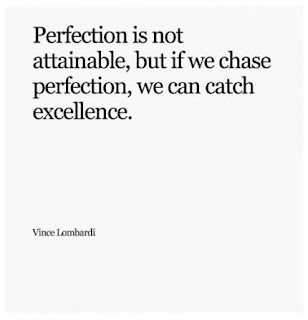 When in competition, don't play above yourself. Just be at your best.

Its not just about process though, nor is it just about outcome. The outcome has to be PART of the process. Your process is defined by the outcome you are striving for - whether you like it or not. If you are striving to be the best in the world, then your process will be, essentially, striving for perfection, for to think you will be the best without reaching your own potential is both arrogant and unlikely. But if all you are trying to do is to be better than someone else, then it is them who define what your process is, not you.

Its much tougher to win an important game against a 50/50 opponent and play at your best. Its stressful. Unpleasant. Generally there is only relief at the end, not joy.


To win every single time against an opponent you should beat has its own form of stress. You can never lose these competitions, and even though you are in control of the outcome, don't forget there is a change your opponent will be playing without fear.

Ultimately in a competition there are three types of situations:

At the end of the competition, if you win all the games you should, and half the 50/50 games, you will be satisfied with the outcome.