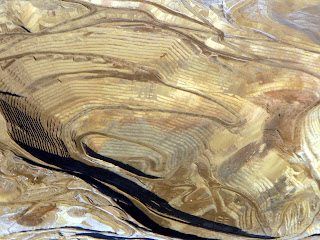 There are people who believe data will provide all the answers, but what they often fail to take into account is the data collected purely by expert observation. For example, a coach who works with a team every day for a year will have collected millions upon millions of data points through observation.  Does this present a perfect picture? Of course not, but neither does pure data analysis in isolation. However the combination of the two provides greater context.

One of my biggest frustrations is the 'Everest' approach to statistics.  That is, coaches who look at statistics just because they are there.

For example, 'Traditional' volleyball passing stats use as 3-0 scale, representing how many hitters a setter can set based on the quality of the pass.  (It is interesting how this obviously subjective statistic has become viewed as objective because you can make averages and percentages from it because it is number based!)

One flaw is, as setters become better and better, 'bad' passes can be set to more and more hitters. Also - it is based on the fundamental premise that the more hitters you can set the better.  In the 2004 Olympic Games the RUS women's team (Silver Medal) actually hit more effectively from a '2' pass than a '3' pass.  So, doesn't that make a 2 pass actually a 3 as it is a better option?

Obviously at the highest level, a 3-0 scale for passing is not necessarily relevant.  But for developing teams it is still able to distinguish between different players/teams and have meaningful input into match analysis, training drills and goal setting.  For example, using a '3' pass in a drill to teach setters that the harder they work to get to the ball, the more chance they have of 'turning a 2 to a 3'.