There is a Higher Bar Than Just Winning 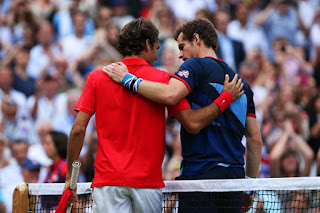 Something I've always loved about Australian Football is that its most prestigious best player awards (Brownlow, Sandover and Magarey) are awarded to the 'Fairest and Most Brilliant' player of the season. They recognise something that we want to teach kids, and we want the community we live in to embrace.

To me this is great because it recognises more than just someone's ability to play the game, it recognises the 'class' that they have while doing it. And this is a much higher bar to reach.

Because of the difficulty of determining the 'fairest' there is always a push to remove it from the criteria. Rohan Connolly writes quite a reasonable article about the reason for removing the 'fairest'. But the essence of the article isn't whether fairness should be recognised alongside brilliance, but that it should be removed because it is difficult to define. Just because it is difficult doesn't mean it shouldn't be done though! There are huge flaws in the voting system too (was the winner of 3 votes 3x more fair and brilliant than the winner of 1 vote?, are the umpires the best people to assess performance of the players?). The difference is that because there are so many votes we assume they even out somehow. Regardless of this - lets set a higher bar.

We all complain when we see coaches behaving like spoiled children, we hate it when athletes behave like criminals or worse, but we talk about removing the recognition of good character from the most prestigious award in the sport just because it is hard to judge. Lets set a higher bar.