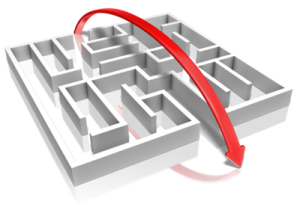 Probably the people with the most patience in sport are involved in training developmental athletes. These people generally have a keen understanding that things take time.

I remember once being in a meeting where a developmental coach was asked which 4 of his 8 athletes were the most likely to succeed. The point being that by focussing on 4 instead of 8 the coach would be able to provide more attention and therefore fast-track their success. This point of view is very common, and problematic in a number of ways:


Having said all of this, I certainly don't think there is anything wrong with 'fast-tracking' athletes. But at the same time, I don't think many athletes are held back. The problem we often face is not that developmental coaches are not fast-tracking athletes, but that shortcuts are being taken with talented athletes, and as a consequence they don't end up achieving the success they could have if more patience/restraint was shown.

Some things simply can't be learned in abbreviated timeframes. Some things take time to learn.

Sometimes having the skills to compete at a 'higher' level, doesn't mean that someone has all the skills required to exist and thrive in that environment.

Sometimes we impatiently take shortcuts which compromise long term success, when we think we are just fast-tracking athletes.

** My response to the question (yes, I think we all knew I was the developmental coach in this situation), was that I was sure of only two things. I was sure that I didn't know which 4 of the 8 were more likely to succeed, and I was sure that I had a better idea of who would succeed than anyone else did. And another thing, why would I would be wasting my time on athletes I didn't think had a chance of becoming a world champion when my job was to develop athletes to achieve this? (ok - hopefully I didn't say all of that, hopefully I only thought most of it).
Behaviour Champions Coach Coaching Culture Development Leadership Learning Manager Performance Planning Recruiting Talent Winning