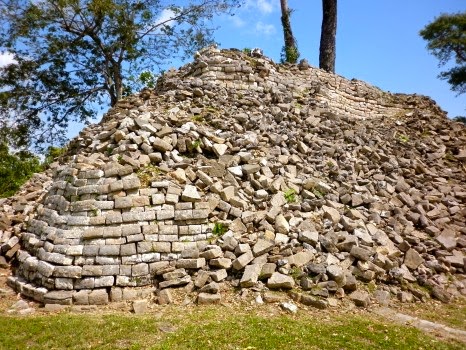 Hang on, it actually makes no sense at all. The 'pyramid' only actually says that, through natural selection, some proportion of the entire playing population will end up being better than the rest of that same population. Which I'm happy to concede. The problem is that there is no guarantee that your best will be competitive with the rest of the world's best, that your best will be the same as the rest of the world's 'elite'. (Unless you play a sport that no other country in the world plays! Yes, I'm talking about you American Football and Aussie Rules Football!)

International competition is not just a question of waiting and finding out how good someone turns out to be, it is about finding a way for your best to be better than EVERYONE ELSE'S best. It is not about buying new players to cover any weaknesses, its about teaching/coaching/helping your athletes to be better than every other athlete. It's really really hard and takes a lot of effort over a long period of time to do.

Technical excellence is achieved not just through learning what you need, but also through not learning what you don't need. This means that being in a 'Participation' level of a sport doesn't mean you are on a path to being elite. You are on an 'Elite' path only when you are learning the things you need to be successful in the future against the best in the world, and not learning bad habits that will limit this.