Do Regulations Make Us More Accountable? 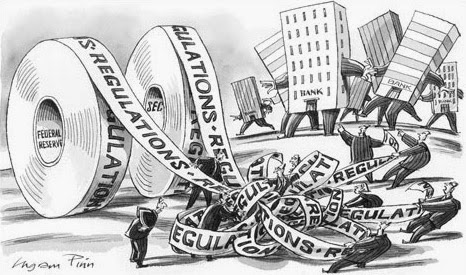 I was watching television this morning and someone was discussing the new child support rules being suggested in Australia. The point was made that some people who have been providing childcare in the role of a nanny or au pair for 10+ years, would not qualify for subsidised payment and would lose their jobs. The women being interviewed said that those people did not have the skills and qualifications to keep their jobs. At which point I yelled at the TV (I really should stop doing that).

In any industry, 10+ years of immersive experience is generally considered to be sufficient to have the skills to do the job. Not only that, the fact that someone kept the job for 10+ years supports this.

But getting back to the point. After initially tweeting the question of skills/qualifications, I was asked whether regulations make us more accountable.  Which I thought was a great question, and I didn't have an immediate answer. Thanks Nic.

Then I decided, no, regulations do not make us more accountable.

Regulations provide a framework within which we are supposed to operate. Theoretically, this framework helps us achieve the outcomes of the job. Generally they limit the possibility of something going wrong. Often they also limit the chances of something being achieved. The first one of these is good, the second is not.