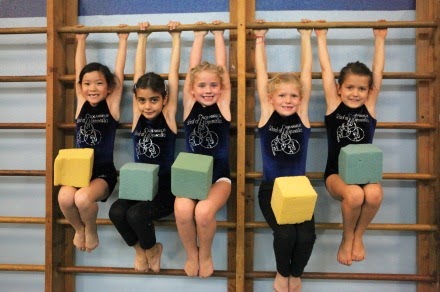 I used to coach a team who said that they played well when they were having fun, so they would crack jokes during competition to ensure they were having fun and therefore playing well. This was about as effective as you would think. I tried to convince them that it was the other way around, that they had fun because they were playing well, so if they wanted to have fun they should focus on the process. (Explaining this to them was also about as effective as you would think, unfortunately.) In my opinion you have fun in sport when you are achieving things, and then you smile and celebrate and share these moments. This is different to 'funny', where someone cracks a joke and you laugh. One is essential to competing, one is a distraction.

But back to Fun, Enjoyment and Satisfaction.

The article I mentioned earlier talks about 'Fun Theory', which suggests that the easiest way to change behaviour is to make the change itself fun. This, of course, makes sense - everyone prefers to do things that are fun than doing things that are difficult. Specifically, the article suggests that the reason for the turnaround of the Australian Cricket team from losing 0:3 in a test series, to beating the same team 5:0 just 6 months later, was due to the coach making things 'fun again'. While I think this could well be true (it certainly seems to be from the outside), I think it is very important to be clear that not all fun things lead to success.

The key to all this is discussed at the end of the article, which suggests there are two aspects to the team 'having fun':
The first one of these is relatively easy, as long as the coach is capable of giving up some control, but the second one is the real trick!

A friend of mine sent me this story a while ago about a training session he ran where the athletes started off having fun, but ended up being satisfied with their work:

"I was thinking about your comments regarding we ensure the kids have "fun" so they keep coming back. We had a great example on Monday where we let a drill run (degrade) to the point where everyone was having lot's of fun (laughter, smiles, joking around)...but only a couple were actually working on anything / giving themselves a chance of actually getting better. Then we brought that to their attention, set some clear objectives / parameters / consequences and stated very clearly what the expectation for the group was. The resulting drill had immeasurably more focus, intensity, commitment, effort and massively increased performance. There were few smiles, no laughter and strong assertive communication between athletes. From the outside, they stopped having fun. But, I think they ENJOYED themselves during the drill a lot more and their final output was clearly very satisfying and enjoyable to reflect upon once they achieved their targets. Kids don't need to have fun at training. They need to enjoy it. And that comes from ensuring things like Incentive, Challenge, Purpose, Direction, Support, Autonomy, Work, Reward, Success and Recognition are all present in appropriate amounts. And...throw in some Fun for good measure."