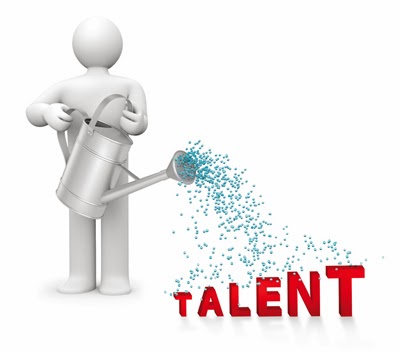 The dictionary definition of Talent is "a special natural ability or aptitude". This is generally how we use the word in sport as well.

Gagne has a more comprehensive model which turns the terminology around, describing the above definition of talent as 'Gifts', and defining 'Talent' as the end product of someone's Gifts, after environmental and personal factors influence development.

Whatever the definition and terminology used, the key is that when we are attempting to predict the future success of an athlete, we rely on measurement of the natural physical abilities (gifts). But the many mental natural abilities (creativity, perceptual ability) and intra-personals traits (motivation, perseverance) which can indicate future success are ignored.

Why? Because they are very hard to measure. The educated eye of a coach or sports scientist can accurately determine someone's height, weight, jump reach and skinfolds simply through observation. Not as accurately as testing, but close enough to give an overall impression. The problem is that it is the things that are difficult to measure, or, take a long time to measure, that are the distinguishing factors to ultimate success.

We know that one of they few key factors for top level success, in sport as well as any other area, is the ability to work very hard for a long period of time. To my knowledge, no one has yet come up with a way to test someone's ability in this except retrospectively.

We think that by narrowing the focus on physical and physiological measurables when identifying 'talent', we are increasing the chances of success at the highest level. The problem is that the very highest level is not a homologous group, no matter how long people have been doing 'Talent Identification'. So narrowing the focus on physiological traits in a group is actually limiting the chances of developing the gifts of athletes in that group to an elite level.