Rotating and Winning and Tanking

There have been many, many, many situations where coaches have sacrificed short term results by resting players, or not playing injured players, in order to increase the chances of long term success.

Recently in the NBA the San Antonio Spurs rested their 4 best players when they played the reigning champion Miami Heat.  This 'outrage' caused the NBA Commissioner to threaten them with 'substantial sanctions'.  On the other hand, the Spurs are recognised as one of the most astutely managed teams in the NBA.

Football (soccer) in Europe is another great example.  An English Premier League team will play about 40 League matches each year.  If one was also to compete in a proposed Europa League they would play nearly half this number again.  And then add to that the number of local Cup matches they would play.  The way the top clubs manage this situation is not only to pay their best players more, but have more of the best players.  It is rare for a top team like Manchester United to play a 'full strength team' in any match throughout the season.  Part of the way they develop a playing roster is to enable them to rest players throughout the season in order to BOTH win in the immediate future and also the long term future.  This is seen as a necessity for success, rather than a luxury.

In cricket, as the international calendar gets busier and busier (with both international cricket in all its forms, as well as new T20 domestic competitions all over the world), the number of competitive opportunities for players is far greater than in the past.  For years there has been talk about a 'rotation policy' for fast bowlers.  The main argument against it is that it deprives the spectators of watching the very players they want to see.  That is why the current test in Australia is so interesting.  None of the top 3 fast bowlers from the last two tests are playing in the test that started 3 days later in Perth.  One was injured, the other two were rested.  If Australia wins then does this mean that a Rotation Policy will be welcomed from then on?

Another example of having many players to play a single position is in baseball.  Baseball pitchers play (roughly) 1 in every 4 matches.  So, a player who might be the best player in the team may only play 1/4 of the matches.  Why?  So that they can be at their best in the matches they play, and so that they don't get injured.  That is, to increase chances of success for their team in the long term.

Fundamentally, many sports (particularly big sports where there is a lot of media attention and long seasons), have evolved to a point where it is physically impossible for an athlete to compete at 100% in 100% of the competitive opportunities.

So, if rotating players in the short term in order to increase chances of long term success is appropriate and effective, how is this different to tanking?  Perhaps the best way of looking at Rotating and Tanking is that the outcome is the key difference.  Teams 'Resting players' or 'Rotating players' are risking losing a game in order to gain an advantage in in the future, but they will certainly be very happy to win the match in the end.  However  teams 'Tanking' or 'Throwing' a game will be very unhappy to win.

Unfortunately, as with everything in life, things are not always that black and white.  While it is obviously against the spirit of the rules to deliberately pick teams and make game decisions specifically to decrease the chances of success, there are also cases where teams would be happy enough to win, but not unhappy to lose either.  That is, they risk little if they lose while getting players healthy and playing younger players to help fast track them, but if they do lose it could lead to a benefit in the longer term by having higher draft picks.

The San Antonio Spurs have been fined $250,000 for their decision to rest 4 of their players for a match they only just lost, against the top team in the league.  I couldn't discuss the issues surrounding this better than this article, or this one.

I met Keith at a coaching conference in Melbourne in the mid 90s. I don’t remember the content of the presentation but I remember I loved it. Afterwards, I thought, ‘I have to meet this guy.’ So, I went to the front and waited ‘in line’ to introduce myself. I NEVER do this. I’d never done it before and I’ve never done it since. There was just something about him that I felt like I understood. This was the start of a connection. More than half my life ago. The next time we met was when he invited me to visit UWIC in about 1998. I had built a performance analysis system and he seemed interested, which was incredibly flattering to me. He had a way of having you feel important. While in Cardiff I showed him and his staff the system I was building and they were all very supportive. It made me think that I wasn’t alone in thinking about things the way I did. Fast forward to AIS. I asked him to be a referee for me when they started the Performance Analysis Unit. He told me he was applying so
Read more

What Coaches Want to Learn, and When 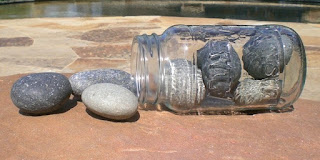 There is a parable (urban legend?) about rocks, pebbles and sand. I'm sure the one I heard also included water at the end, but I can't find a reference to that at the moment. The story is that, you fill the bottle with rocks, and it seems full. But then you can add a heap of pebbles, full again. But you can still add sand to fill the jar. And then you can add water to fill it up. The essential points are what might seem full is not necessarily the order you do things is important I do a lot of work in coach development at the moment, which I love. The thing I love most about coaching is the idea of how to coach better. How to be better at changing the behaviour of the children (or adults) in front of you. When working with beginner and intermediate coaches I often get disappointed that they don't seem as interested as I am with how to coach. What they want is technical knowledge. Which got me thinking..... Rocks Rocks are technical knowledge. What are the skills of the spor
Read more